PSYCHO-PASS is a science fiction film depicting Japan managed by the system.

Since it was aired in 2012, the first, second, theatrical, theatrical trilogy, and three more terms have been aired.

Along with the story, it was the Schvilla system and other science and technology that attracted viewers.

Introducing what seems to be realized about the science and technology of the anime "PSYCHO-PASS"!

Japan in 2112 AD made it possible to measure all human psychological states and personality tendencies.

This value is called "PSYCHO-PASS", and it was an important index.

In particular, the "crime coefficient" is a potential criminal if the prescribed value is exceeded even if they have not committed a crime.

In response to crimes committed in a surveillance society, the public safety bureau detectives use dominators to maintain security.

This work depicts the activities and conflicts of members of the Criminal Division of the Public Safety Bureau.

Various future science and technology will appear in "PSYCHO-PASS" work.

Here, we will introduce "realized / close to realization" among the technologies that appear in the work!

In the work, I log in to the virtual space by wearing a headset.

This technology is partially realized by VR goggles such as OqulusQuest.

Participants have their own avatars, forming communities and earning advertising rewards.

This is exactly what the vtuber itself is working with a fictional personality that hides his true face.

In the work, an incident appeared in which the owner of the avatar was murdered and replaced by the person himself.

Vtubers have also had problems with the replacement of humans playing avatars.

In times when even Youtubers are difficult to predict, there is no other work that you expect so far?

As a challenge to become a community like Sakuchu

In the work, we monitor people's psychological state with street scanners to prevent incidents in advance.

With current technology, it is difficult to accurately measure the state of psychology, but it is possible to measure body temperature without touching the subject.

Japanese airports have already introduced a system to monitor the temperature of visitors and detect infected people.

If you apply this to brain waves peculiar to criminals (if there is such a thing), you can also find criminals.

Challenges include handling collected information and the difficulty of finding information in excited conditions such as events.

If the symatic scan exceeds the specified value, it is recognized as a potential group.

It is difficult to judge humans by numbers alone, but similar indicators exist in the world.

Companies such as Alibaba and LINE have introduced a "credit factor" that is not a "crime factor".

This changes interest and insurance coverage depending on the owner's health condition and social contribution.

At present, it is limited to limited use, but the credit factor may be important in the future.

Even if the crime coefficient is established, it is necessary to leave the conventional system for exceptions such as the abstaliation constitution.

Automatic operation of police cars is possible in the work, but there is a steering wheel from a safety side.

If you think about people who like emergency operation and driving, the car may not be a child completely.

In addition, if it is completely operated from the outside, an accident will occur when the outside is attacked.

In the world of psychopaths, the fact that cars did not fly in the sky was a reality.

Many three-dimensional holograms such as the interior of the main character's room, security robots, masked police cars appeared.

If you put a minimum of furniture in the room, it is quite convenient because you can customize it freely.

On the other hand, if everything is wrapped in holograms, it seems that what is visible can not be trusted.

The technology for projecting three-dimensional holograms into a state of nothing can be realized with half glass or water vapor.

In addition, we are studying the projection of three-dimensional images without any light by using afterimage of light.

It's a very groundbreaking idea, but I think it became difficult to realize it by making it into an anime.

The technology of quantifying humans and looking for efficient combinations from big data is still far away.

In addition, good and evil have no clear definition, so computers cannot make fair judgments.

Since the opinions of the people who created artificial intelligence always enter, we deal well in the work.

However, I thought that the public would accept any system if it produced results.

In practice, the Shubila system was a collection of the human brain of the exonerated constitution.

The brain alone seems to be the longest 36 hours of pigs as far as the survival has been announced.

In the experiment of the pig, it seems that it was not understood whether consciousness remained only in the brain.

The days when humans can live decades with only brains may be a little later.

I think this is obviously impossible.

The illuminator's lethality is too high, and there is no point in the body to rescur from the inside.

Since it is essential to increase the stress value in the surrounding area, that will be a production to improve the appearance of the anime.

It seems impossible to have the ability more than a paralyzer, contrary to public opinion.

The moment you attack with the Taser Gun, a stun gun that pierces your skin (GIGAZINE)

Sci-fi works that are pretty close to reality 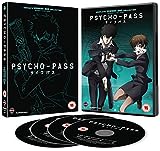 There are tremendous technologies in the world, but I think there are many technologies that are progressing toward realization.

This time I wrote an article as I like, but please take a look because it is interesting!

It was my first noitamina work and I was impressed by the beauty of the world of dystopian science fiction.