Permanent exhibition "Anagura's Uta – Disappeared Doctor and The Device Left" at "National Museum of Emerging Science and Innovation" in Odaiba.

I was impressed by the fear when I was in elementary school, and even when I became a university student, I felt eerie in the exhibition.

I thought there was something in this exhibition, so I considered why "Anagura's Uta" is scary from the perspective of a university student!

What is "Anagura No Uta"?

First of all, I quote the explanation of the exhibition on the special website of "Anagura no Uta" to those who do not know the exhibition.

I don't think it's an exhibition where kids play with indifferent ions, metaphors, the last sentence, and the eerie atmosphere MAX.

The hunch fell to the worse.
GAME has been forcibly terminated.
It's different from the last.
The huge box shook.
Mobile phones have been out of range.
I can't use the Internet.
The IC card malfunctioned, and
various scenes of life did not stand.
Catastrophe is not as easy to understand as a panic
movie.
It progressed over time.

Feeling the crisis of the world, five of them were confined to underground shelters and began research to restart society.

The researchers continued their research while building a family underground, so that they may someday be called "Anagura".

The times have flowed, and in "Anagura" where people are gone, the doctor's equipment fused with nature and waited for visitors.

Participants carry their alter ego "Me" and have dialogue with Anagura's equipment.

Eventually, participants read their records into the device and ask the device to play their information as a song.

Why are "Anagura's Uta" scary?

The story is too serious

What I can say for sure about this exhibition is that I don't want to make it for children.

As can be seen from Anagura's story, it depicts a future in which humanity, including Dr.

Anagura's equipment developed by humankind merges with nature to achieve its own evolution, waiting for the creator.

This may imply that AI is "singularity" beyond human understanding.

We wait in Anagura for the human-developed device to evolve in the absence of humans and see humans again.

The character of the thick border and a huge eyeball of the design person unknown falls into the unspeakable fear of the person who saw it.

Each device also had a display that showed the human eye, which, personally, was traumatic.

The illustrations of the pencil writing style such as the doctor are handled by Katsuya Terada who is known by the name of "Rakuga King".

VOCALOID is a generic term for speech synthesis technology developed by Yamaha and its applied products. By inputting melodies and lyrics, it is possible to synthesize singing voices based on the sampled voice of the person.

The music is played in "Anagura no Uta", but I perform using "Vocaloid".

In "Anagura's Song", songs are played by vocaloids called "VY1" and "VY2".

It is also vocaloid technology that people can sing the name you entered in "Anagura's Song" on the spot.

The words are religious.

Religious words such as "Power, Everyone, Sharing" appear in "Anagura no Uta", and it is a suspicious score.

The name of each device is also katakana, and the songs in the exhibition also imply something, and it is variously creepy.

The Purpose of "Anagura's Uta"

The theme of this exhibition is the study of "spatial information science", although it is a very dubious "Anagura no Uta".

Spatial information science. It is a science that seeks to support people's lives by measuring the behavior of people and things in the real space where we live, and calculating and understanding the results.
In other words, it is a wisdom to make a digital copy of the world, predict what will happen next in it, prepare the information that everyone wants in advance, and avoid problems that are likely to occur.
The more information people provide, the richer the results.
When spatial information science permeates society, you will feel that the world knows, watches over, cuddles up, and supports you.

In the study of "spatial information science", the doctors developed five devices in anagura.

The purpose is to measure various data and complete it as map data on three dimensions.

The resulting data is used to make a copy of this space needed for the experiment.

In addition, the obtained data is used for virtual spaces that are calculated by autonomous navigation systems and supercomputers.

These data are expected to be used as a attracting tool, and are now actually used around us.

With a device that performs "measurement of biological information", it is possible to grasp the person's health status from the pulse and body temperature of the human being.

With these data, you can take data on disease prevention and your daily exercise situation.

It is a device that "protects personal information", so that the owner does not know who owns the data collected from individuals.

It is a device that "shares and utilizes information", and it is possible to find useful things from a large amount of collected data and use it for society.

In this "Anagura no Uta", songs are generated using the collected data.

It is "Anagura no Uta" introduced, but it turns out that there seems to be a hidden command in the process of examining!

The site where I found the information was probably deleted, but I remember that it was an event with "Omatsuri".

The timing and number of people of the condition seem to have hints in the music played by "Anagura's Uta".

If anyone goes to Miraikan, I want you to try it and tell me the results!

This time I examined various things about "Anagura's Uta" that I was worried about for a long time!

When I examined it, there seems to be no suspicious place, but I really do not know if I do not experience the eerieness of that exhibition.

If you have a chance to visit Miraikan, we recommend that you experience "Anagura No Uta"! 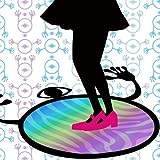