I posted the article below as "minimalist college goods" before, and there was a lot of response.

Please pay attention to the changes from the last time, such as "The revival of paper media" and "More stylish"!

The backpack has not changed since the last time, and I use beige habitually among various color variations.

It is a popular brand for junior high and high school students, but it is easy to use because it fits any clothes from a simple design.

I've been getting less and less recently, so a little smaller backpack might be fine… 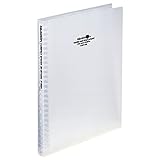 By adopting our own developed ring, it is probably the thinnest as a 29-hole folder.

In addition to realizing thinness, it can be folded back 360 ° to make the loose leaf the outer surface, so it is convenient for presentations.

The ring is proprietary, but the 100 uniform loose leaf is closed, allowing you to freely customize it.

There are many kinds of colors, and I personally think it's quite a bargain! 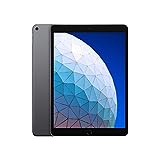 I'm worried about using it separately with my laptop, and IPads purchased instead of class notebooks have more time to touch.

I can't part with my laptop programmatically, but everyday life is fine with an iPad.

If it is an unmarked iPad, you can purchase it for about half price, and I think that it is enough because it also supports Apple pencil.

I put a paper-textured film and combined the case to make it custom to my favorite shape. 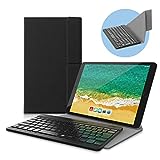 The genuine keyboard was expensive and I didn't like the shape very much, so I bought a thin keyboard from ELECOM.

It is thinner, lighter and smaller than the iPad 10.5 inches, and it is recommended that the battery has very good.

If you make the iPad itself independent, you don't have to carry the attached case to stand up the tablet.

【iPad Keyboard】 What is the reputation of ELECOM wireless keyboards? Review TK-SLP01BK 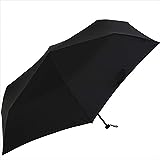 A small and very light umbrella/parasol folding umbrella purchased at a glance at Loft.

It is always in the backpack because it is troublesome to worry about the weather every day, but it is lightness which becomes uneasy whether it has it.

Because the bone is made of carbon, it does not suit lightness and withstands strong rain and wind.

By making the handle and tip compact, the size of the folding umbrella itself is reduced.

I purchased the black of the iPhone SE2 secondhand because huawei's cloud going became suspicious by the U.S.-China friction.

I felt uncomfortable with the home button and Lightning cable after a long absence, but I think I will gradually get used to it.

It's pretty convenient to be able to send photos and data on Air Drop to the same Apple product, the iPad.

I personally liked huawei P20lite, but the size is a little bigger …

iPhone and P20lite comparison! Introducing the advantages and disadvantages

If you are a Rakuten member, it is advantageous in cashback, so buy Rakuten mini and use it instead of a router.

Although it is small, it seems that it can be used only at the worst, such as saifu-keitai.

However, the line is unstable and it may not connect indoors, so it will be canceled when the free period ends …

【Rakuten Mobile】A campaign that will free the monthly communication volume of 2,980 yen for 3 months is being carried out! 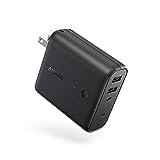 The charging adapter and mobile battery are the same, so you can have this with a cord.

It is easy to use because it supports not only fast charging of iPhone but also iPad charging and USB type-B.

I've had a mobile battery and adapter respectively, but now I have less stuff.

Anker's mobile batteries come in handy because they have a lot of cospas and high-performance ones!

Since I almost don't carry cash with me, I also considered money clips, but finally decided on a pass case.

You only carry three cards: a credit card, a cash card, and a student ID card.

Kureka has a very high return rate of 3% for a limited time, and Rakuten Bank has a cash card.

In addition to the last time I was focused on reducing things, this time I had a little room for my belongings.

It is troublesome to carry all the materials of the class on paper, but in some cases you may want to print it.

Instead of focusing on reducing things, I want to use them well depending on the case!