I wrote an article recommended for gifts for university students before, but the range is too wide to narrow down.

So, I wrote an article again with a slightly habitual "present for science university students"!

The inner ring reception unique to researchers, games that use the head, fashionable interiors that can be used everyday…

T-shirts that are always sold at museums, science museums, and famous universities may be a little embarrassing to wear outside.

On the other hand, at universities where there are only the same science around you, there are some people who wear science T-shirts with good sense.

The science sense of the facility is questioned, such as making sentences with elemental symbols and drawing figures with mathematical graphs.

On a school trip to Kyoto, a friend of mine who likes mathematics bought a "prime number sushi" with a scale of prime numbers.

It is inconvenient if you think about it normally, but the more you use it, the more you can notice the wonder of the prime number. 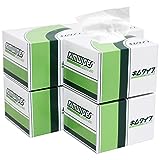 Although it is not known surprisingly, kimwipe, a necessity of science laboratories, is also available to the general public.

It can also be used for sports such as glasses wiping, tissue change, coffee drip and "kim wipe table tennis".

It may be interesting to dare to aim for a change ball such as an overseas version of Kim Wipe or Kim Towel.

Coffee in a flask

As a scene famous for anime and drama, many people yearn to brew coffee with flasks.

It doesn't get fashionable when you do it in the laboratory, but it may not be bad to feel like a laboratory at home.

Recently, there are many miscellaneous goods and examiners and beakers are sold, so why not try it?

It is a periodic table that I memorize in high school chemistry, but I don't even remember science because I don't have much connection to my daily life.

Not only its usefulness as an interior, but it can actually be used for periodic table confirmation, so you can like it!

For those who want to incorporate a little wit into everyday use, a watch on the math dial is recommended.

You can't tell at a glance, but if you calculate well, it will certainly be a number on the dial.

There are not only watches but also wall clocks, so you may want to decorate them in your laboratory or home.

There may be people who have a globe at home, but if you have a solar system, you may be surprised.

When you look at the solar system, you can feel the tiny existence of the earth and the trajectory at a moderate distance from the sun.

The "Celestial Globe", which depicts the starry sky seen from the earth, is also fashionable as an interior, so why not consider it? 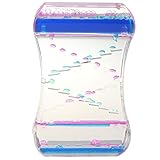 The sand of the hourglass is made of oil, and it is a mysterious clock whose contents climb up.

The contents are divided into two colors, and the way to climb is devised, so I do not get tired of watching.

It makes a strange movement, but of course you can measure the time properly as a clock! 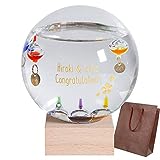 Depending on the room temperature of the day, glass beads with colorful liquids float or sink.

Galileo Galilei, famous for hisoturism, uses the mechanism that "the density of liquids varies in proportion to temperature".

By wrapping a glass ball by hand and warming it, you may be able to see the ups and downs of glass beads …! 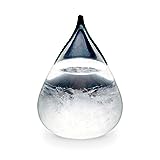 "Storm Glass" is a mysterious interior where crystals of contents show various appearances according to the weather.

It is a historical goods because sailors used to predict the weather.

The interior is a mysterious interior that does not look the same as one and does not know the mechanism even today. 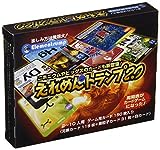 Elemental and even elementary particles appearing in the element periodic table appeared as cards.

If you are a science, card games that are sure to be absolutely exciting are on sale with the addition of nihonium.

It is said that it was developed to test the perseverance of astronauts, pure white is a jigsaw puzzle.

Ordinary puzzles use illustrations as hints, but all you need here is one by one shape.

I'll be happy if there's a perfect combination, but another problem if I can clear it… "Navra Operator Game" was sold at the University of Tokyo Co-op and became a huge boom among science university students.

It is a humanities don pull game that protects your hand from becoming 0 while making your opponent's hand small by differentiation and limit.

The Navra operator game of the University of Tokyo, the prime number ruler of Kyoto University, is a theory that all science high school students of the advanced school know. 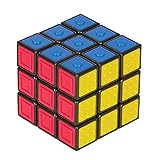 Rubik's Cubes can be played many times, fashionable as interiors, and cool to be able to do more.

It is a hard time until you can be able to do it, but once you learn it, you can compete for time and play variously.

Other recommended puzzle games include tangram and Sudoku.

Molecular models that some people may have touched in high school chemistry are useful when you have trouble having one set at hand.

When dealing with substances with complex crystal structures, there are times when you want to touch and think not only in your head.

Depending on the type σ not only the π combination but also the "feather" representing the bond is included, so please if necessary!

Science essentials "scientific calculator" from everyday use to complex calculations that do not matter how much you have.

Many of them purchase after becoming a university student, so how about celebrating high school graduation and university entrance?

There seems to be no opportunity to use it, but the model introduced seems to reach 20,000 yen even though it is a calculator …

Microscopes and telescopes for smartphones 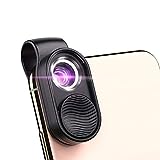 If you are a science, why don't you try making the photos you usually take a little different?

The microscope attached to the smartphone that became a topic for a while can be enjoyed not only by free research of elementary school students but also by university students.

I came up with it suddenly, but it looks good on an Instagram account that keeps posting photos of cells with a microscope.

Pictorial book of the periodic table 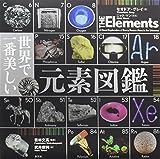 Even science is an elemental periodic table that is not so particular about it, but if you look at this book, you will be interested.

I was impressed when I read the heart by carefully posting photos about each element carefully selected in beautiful things.

In addition, there are books that can learn periodic tables with anthropomorphism of elements and trivia, so why not check them out?

Science is in love, manga science,